In Australia, the cane toad has been one of Australias most reputable scientific stuff ups. The toad was originally introduced to eat cane beetles that were devastating the crops in QLD. Since there introduction the species bread without any natural predator, and the numbers in the population exploded. These days they seem to have progressed a step further, as they now have almost two times the leg length than when they were introduced, so they can travel longer distances to breed. The war on Cane Toads, seems to be at a loss, with every household in QLD expected to have two on their property.

However; Scientist now have found out something new, that may be able to fight against the invasive pest species. It has been long known that they will eat any invertebrate in their path, and also eat other frogs eggs too.  However; Scientist from two universities discovered that cane toads eat their own eggs! Attracted to the areas by the cane toad toxin. Once attached to an egg cache, they will eat their own species eggs. This news once confirmed, it has now lead to a new way we can manage the species other than just killing the adults. By also intervening in the general lifecycle of the cane toad.

Cane toad toxin from extracting it from the adults can be put into simple and even homemade traps. Cane Toad Tadpoles then enter the trap seeking the egg cache and are collected. In a simple demonstration on the ABC Landline last night, it showed that they can round up hundreds of tadpoles in a single trap. The implication of this finding could see a huge reduction in the pest species population. It certainly gives a renewed hope to the eradication of the pest. 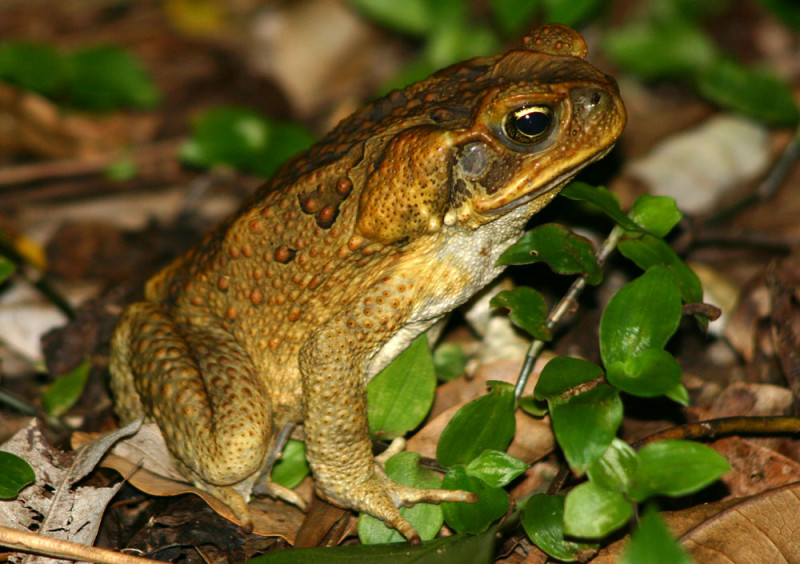 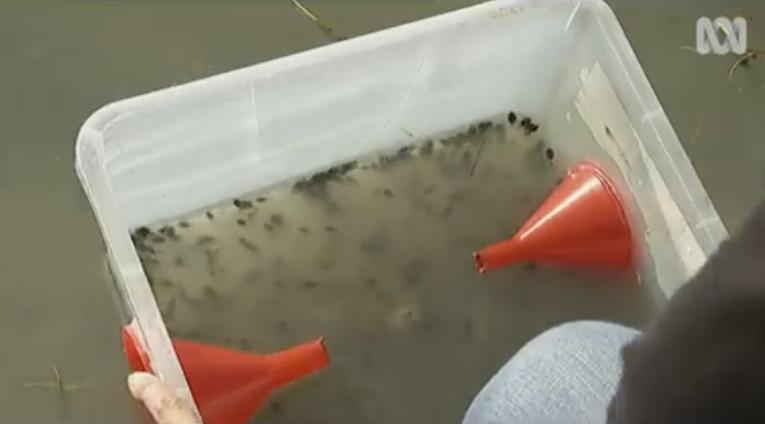