So today I took a Magnum 83 - DR out for a run.
This thing is a literal deathtrap at the best of times. Tippy, skinny so you're almost trapped inside, and above all fast. Literally like a razor blade through the water. I already love it.
Today it was windy, choppy, but the water was an inviting 24 deg. Nightmare conditions, but full sun. So I put some duck tape over the brittle fibreglass that was leaking and went out for a paddle. As a result; it leaked less than a cup of water, and it went like lightning. I decided to bring my two sports cameras to test them as well. A 4k gopro, and a 1080 cheap nockoff to leave on the shorline on a tripod.
Definitely, want to be an experienced kayaker though. Will tip over in a less than a split second. Front and rear dig into the waves, and it rolls and pitches with death wobbles on the crest of any wave, no matter the heading. Surprisingly, I did not go for a swim today.
Fun and total chaos. 5klm down in no time at all. Blistering pace and thoroughly pushed to the limit as fast as it would go. It's a winner. 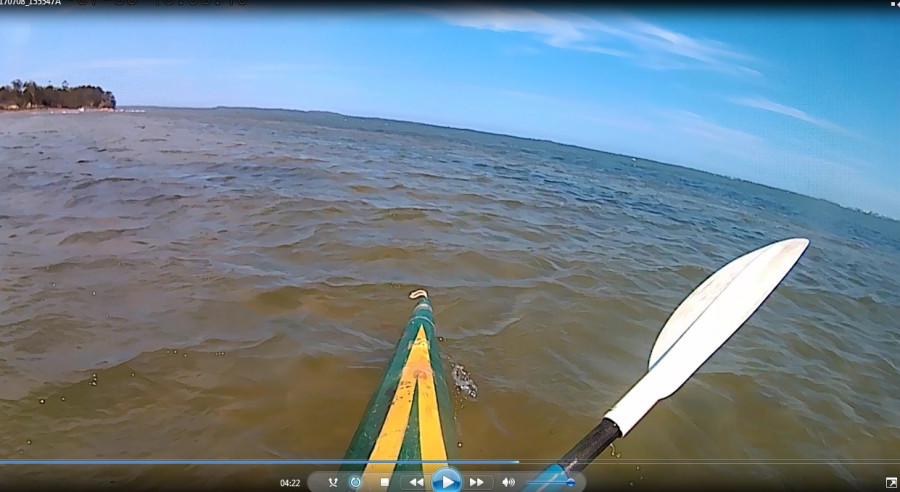