Today, I found a large termite mound at the Gara River Reserve.

Termites make up a large proportion of the insect world in Australia and are very common. However, what most Australians do not know that there are over 300 species of termites in Australia, and they play a very close roll in their local ecosystems. Most native termites eat wood that is partly decomposing, such as this species of subterranean termites photographed below. The two main types include; tree dwelling termites that build their colonies in the tops of trees, and subterranean termites that prefer to build mounds like the one below. In the New England District, these termites are endangered and pose no threat to local infrastructure. However, the general public will attack and disturbed these colonies out of fear. Doing so can have an effect on the local echidna population, and have further effects far-reaching effects on ecosystems.

Most Australians are familiar with the termite species 'coptotermes frenchi' - known as the "white ant". Which is a destructive pest that is commonly associated with eating the internal structure of wooden houses? However, these destructive species are limited, and they are not actually part of the 'ant family'. These destructive termites belong to a small selection of species. These include; Cryptotermes and Heterotermes. 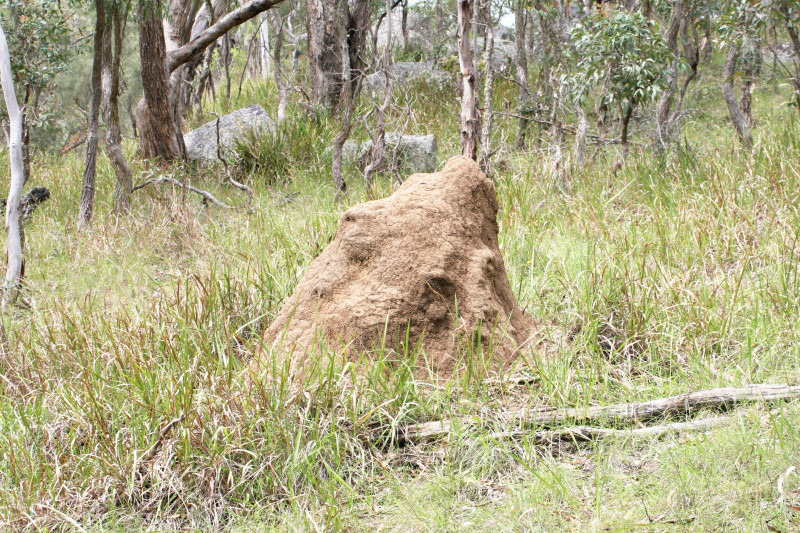 Flycatchers were found next to and around the termite mound. These birds are quick and nimble enough to catch flys, moths, and most insects mid-flight. Their common name is a ' willy wagtail'; as their tail often has a mind of its own even when seated and quite sedate; waving about. Without the termite mound, these birds would be reduced to only feeding on the flying insect population. In general, these mounds provide food to a number of birdlife species in this area. These little birds are known as black satin flycatchers. However locally they are known as bronze satin flycatchers, due to their feathers that blend extremely well with the native grasses surrounding. In the photo below; it shows clearly how the bird can use the grass and scrub to help camouflage itself against predators. 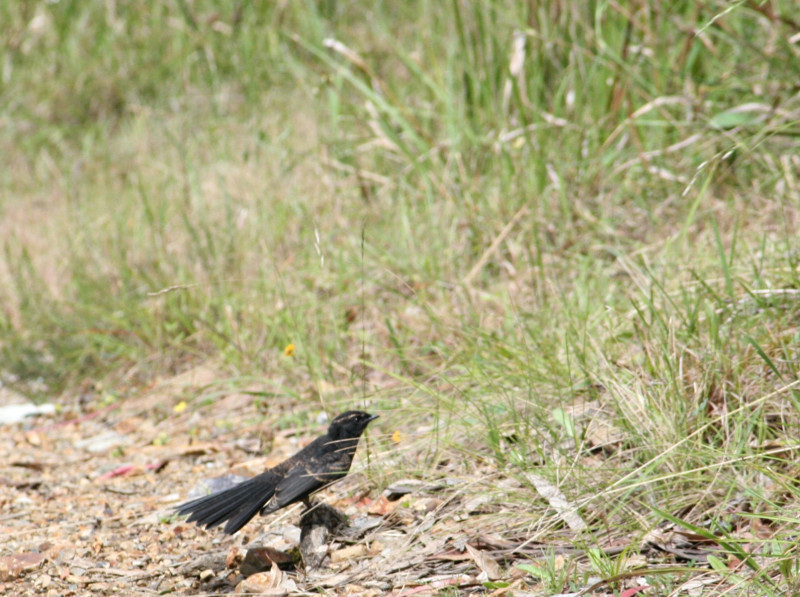 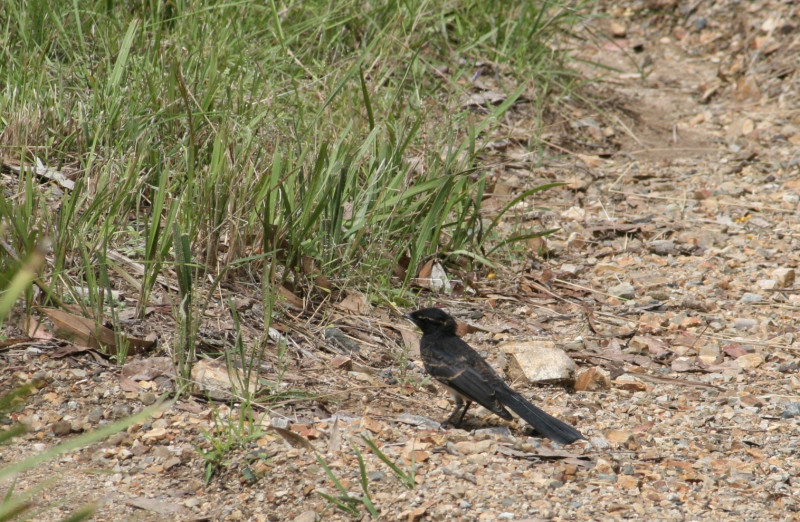 Echidna often rely on these subterranean mounds to eat termites. Echidnas usually forage for insects on the forest floor; however, a termite or regular ant nest will be frequented on a regular basis and even burrowed into, in order to get a good feed. This burrowing behaviour takes advantage of eating the termites and other insect larvae, which in some species is the main factor in their diet. Their mouth and tongue are well adapted to probing the mound and eating the ants inside. Interestingly they have no teeth, and their tongue does most of the work, crushing them inside the mouthpart. They have also been known to eat many types of earthworms. The other most striking feature of the echidna is its spines on its back. The echidna can tolerate attacks from most bird life and predators by curling up and extending the spines in self-defence. Even more impressive is how resilient these creatures are. Most sustain their water needs from their diet, and in the 27 years of observation, we have not seen one directly drink liquid water. These tough little creatures can tolerate extream temperatures within the New England region. These can exceed 50 deg Celsius in summer, and also bare the bitter cold winters as low as -10 in mid-winter. 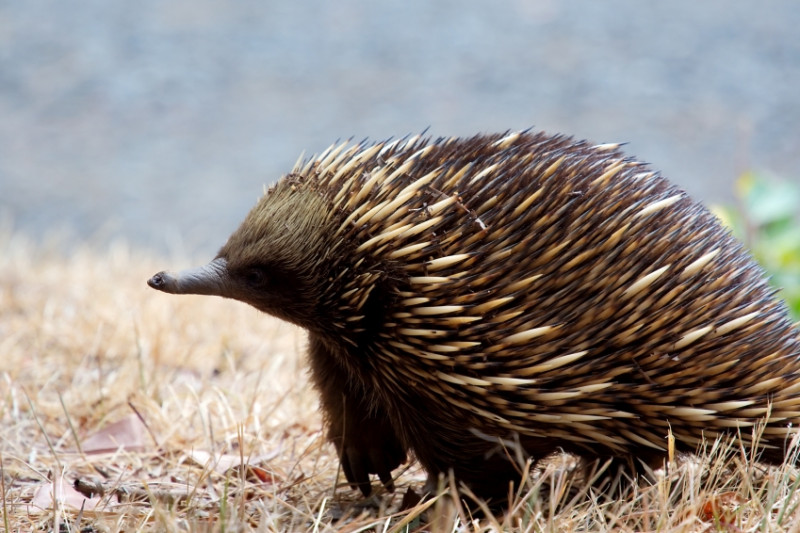