Today there was some exciting news about the sea turtles that Scientist previously did not know. Biologist are often questioned as to why some creatures spend a lot of time choosing elaborate nesting places, being very picky, and sometimes particular to the point they simply do not breed as a result. As it would turn out the sea turtles really don't care. An in-depth study of data on nesting sights of all categories found no major trend in how or why they choose to lay their eggs where they do. Sand colour, moisture, distance from the shoreline, grain size, and distance from other nests were taken into account. They simply is nothing to correlate the data. As it would turn out is the beach is available they will lay their eggs on it.  With that said they usually always return to similar nesting areas such as Fraiser island. But this is not always the case.

With that taken into account, there is now a renewed interest in global warming. Nest temperature effects the sex ratios of the offspring and with warmer than average temperatures over the past decade warming on average of 1 deg, per year. we may face an abundance of male turtles, and little in the ways of females. Conservation groups are hoping to introduce a breeding program soon for the threatened species that includes hatching cool eggs. Helping populate the female end of the world population. 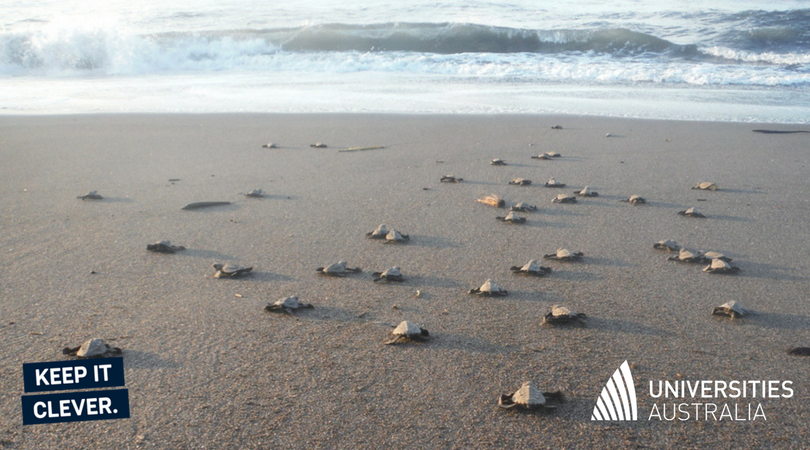