Capital Shadow, is a portrait composed of the spoils of coal mining and the shadow of a person. The two elements in this picture are combined to form a metaphor that accounts for the vast amounts of environmental destruction caused by the Australian coal industry.  The rubble represents the scar that will be left behind in the natural world. The shadow represents the source of the destruction. The portrait is faceless, and a clever reminder of the impact that we are having on our planet. 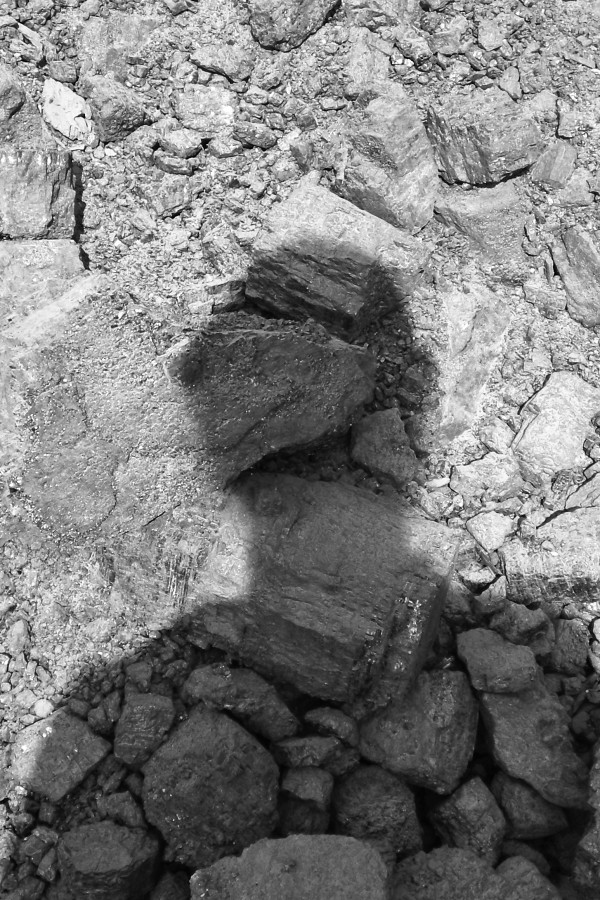