Wilst traveling around Australia and visiing the ecosystems where so many of the wildlife florished in the vastly diffrent biomes of Australia. It was evident that in eatch state there were magor botaical groupings and also some plants that were very unique to their landscape. Many years ago, possibly near the foundation of eatch state flowers were assigned as a state flower. Nowing significantly more than what I learned in primary school, I am going to digest the botanical emblems of Australias' States and Territories. 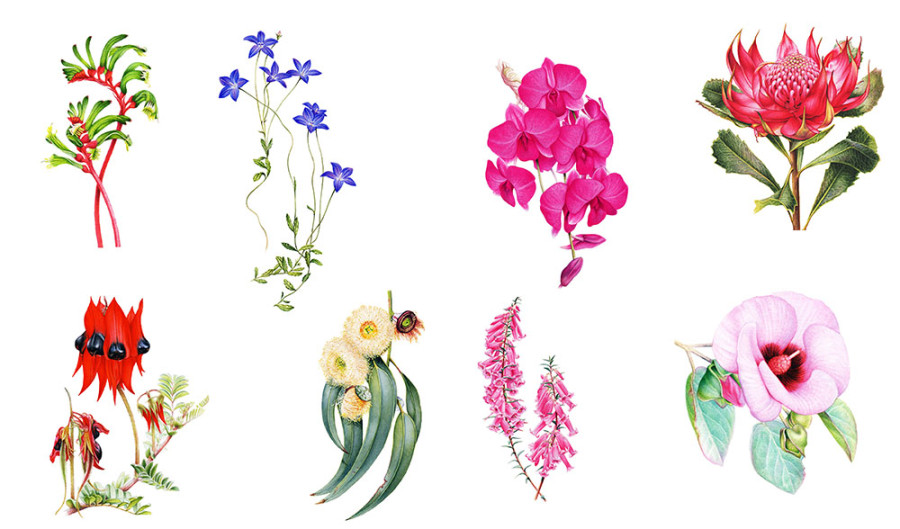 In no particular order, the first flower is from TAS. Tasmania's state flower is from the Tasmanian Blue Gum. In TAS the gum trees grow tall and make up a wide expances of the outdoor regions of the old growth forests. One of the most striking attributes in these areas is the large flowers on the gum trees. These are an imprtant food source for many of the insects, birds, and small marsupials in the region. Without a doubt its an important flower. 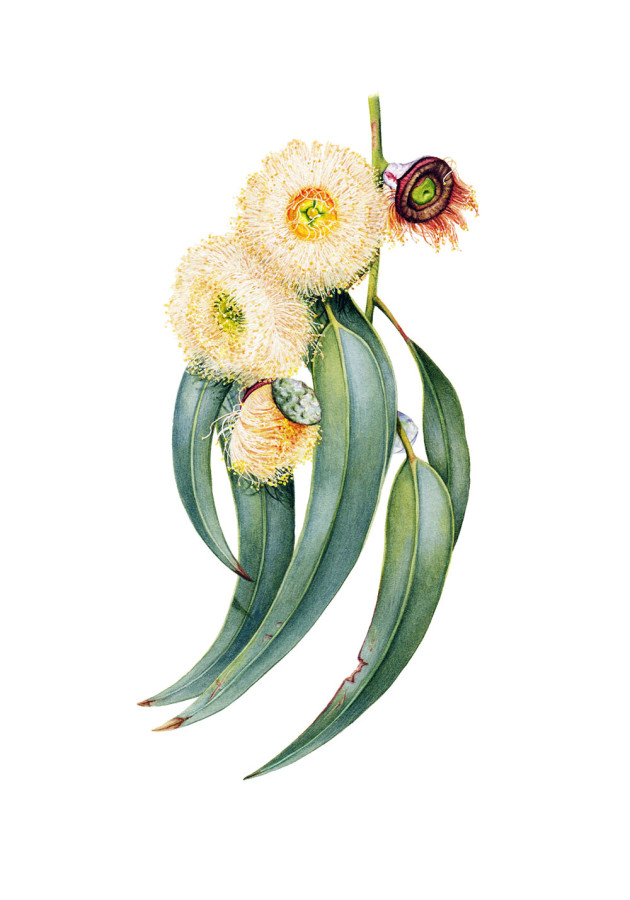 The next flower is from Victoria. VIC is famous for many reasons but one of the most recognisable plants in this region is the common heath. Historically Victoria was the first state to assign a state flower. Although it may look like a quropean foxglove, its actually a very small plant and the tubular sections of the plant are extentuated and smaller than expected in real life. This plant grows extensivly along the southern shorlines and inland towards SA. It's one of the sights to see in Australia as the flame like pink colours seem to effortlessly and rather fluresently rise from the ground at a low level. 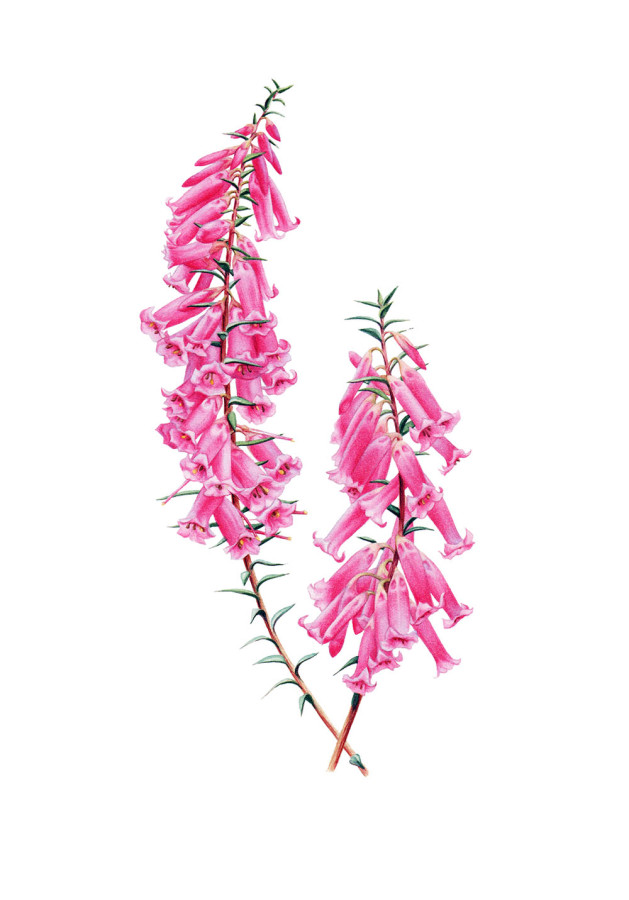 SA: South Australia has one of the most striking and unique flowers in comparison to many. The Sturt Desert Pea is a highly specialised plant that grows through the outback and is most known for its hardy nature. It can survive extra heat, when recently watered you can see it growing, and last but not least is the shape of the flowers. When budding they look like claws, and in bloom there is little that can describe the shape of the flower to someone who has not seen it before. The only known variatin os of a darker and more purple colour that exclusivly grows in the Uluru an Katajuta National Park region. Ecologically many small marsupials and birds rely on this plant to flourish where no others can. 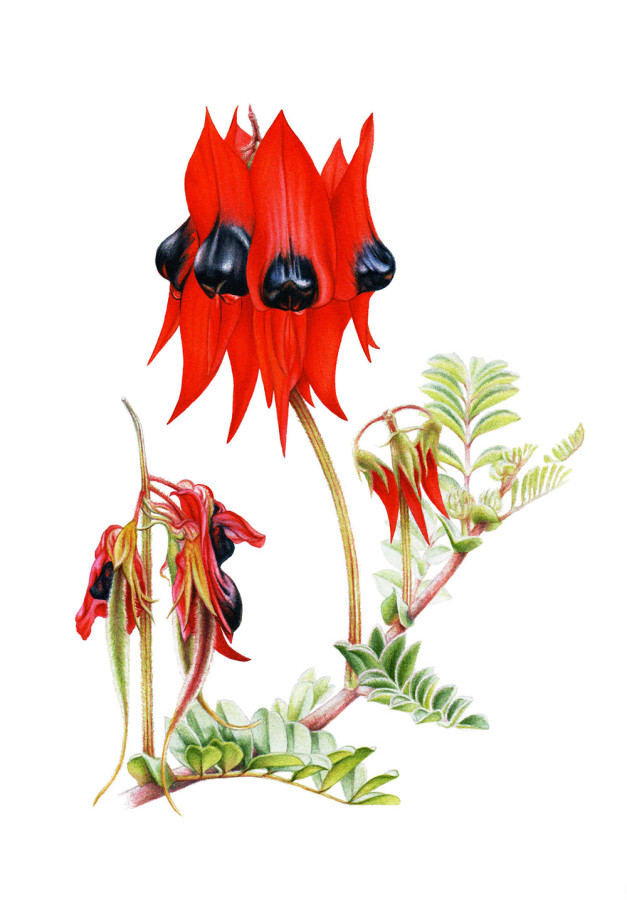 The NT. Having spent some time in the Northern Territory I have been able to photograph what I thaught was a type of very odd native hibiscus plant. Little did I know at the time that I in fact photographed a very rare and near perfect bloom of a Sturts Desert Rose. The flower however has many pecularities and also imprtant history. It's scientific name was changed from its original to reflect a great explorer and a magor membor of the political and administrative assembly that lead to the Northern Territories independence. Minister Charles Sturt. Since then it went on to be featured on the state flag and is a magor symbol both used throught and also by magor institutions in the region. Making it one of the most used emblems other than the NSW Warratah. Later to my suprise the small woody bush, and sometimes sickly looking small tree is in fact a mamber of the cotton family. Although not commercially as viable as its counterparts internationally. 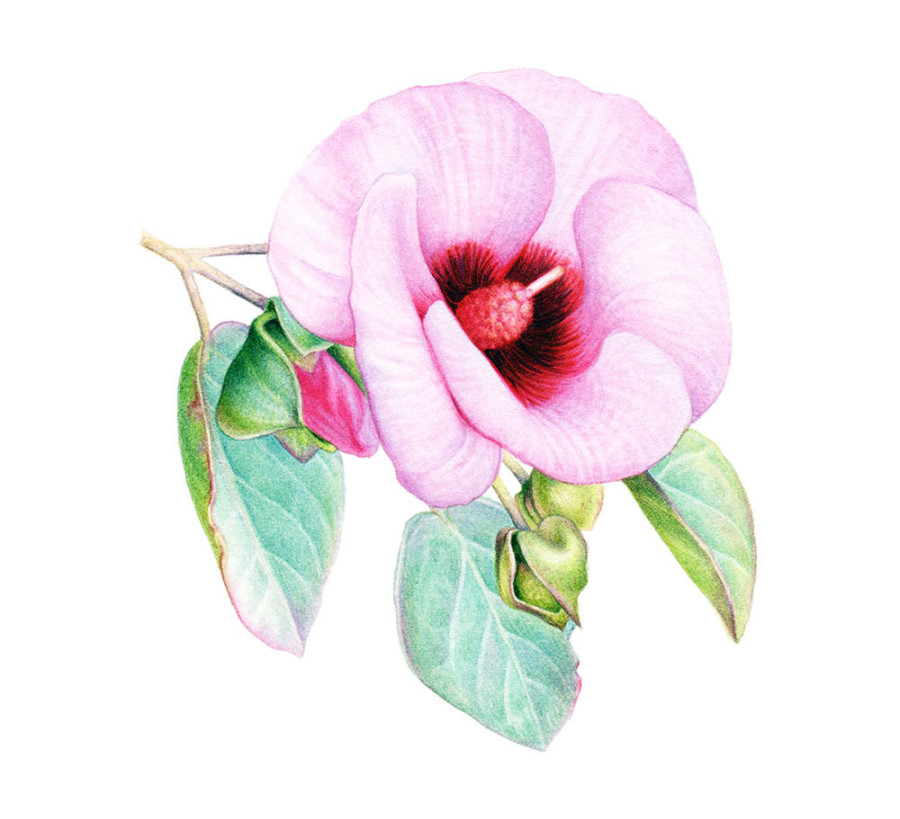 New South Wales probably has one of the most interesting and unique flowers. The large red flowers are assosiated with bird mechanicums of breading, and additionally the bird attracts a wide variety of honyeaters to feast on the large volumes of nectar that it produces. In 1810, the flower was discoevered and it largely grew wild in the NSW Sydney region. It's native meening was 'the hansome flower' which was later reffered to as the warratah, by all. Belonging to the other large flowering families like the banksia, and macadamia nut, this is a very unique group of plants. Which even has varieties that grow upside down and largly encourage native marcupial mice and possums to help it pollinate. Overall the Waratah is a magor symbol of Australia and the unique flora we have. Seconded only to the national flower: The golden wattle. 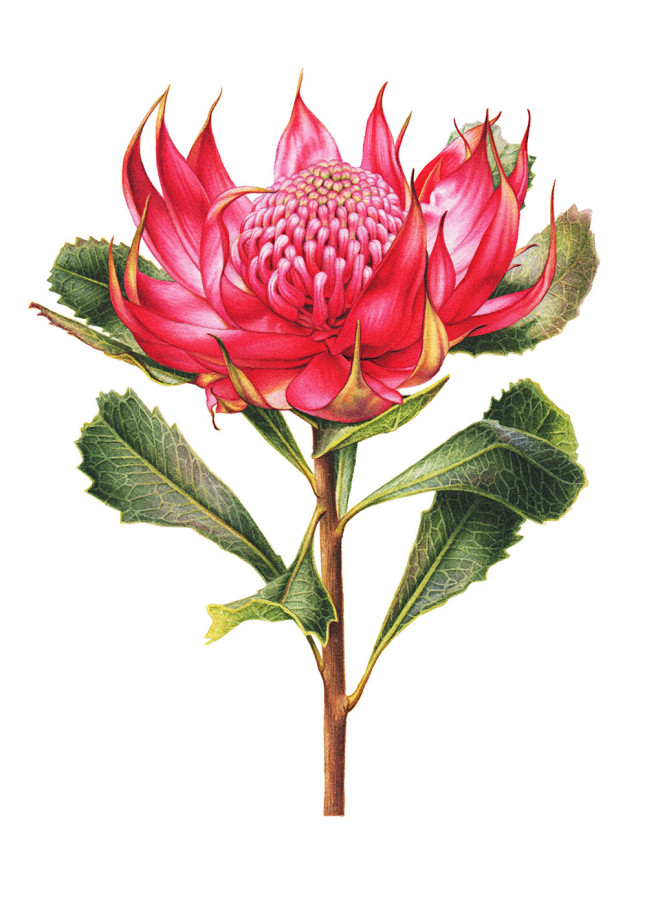 Queensland (QLD) has a very tropical flower for its national emblem. In the haste to follow the fasion trends of the other states QLD was slow to take off but eventually recieved over 10,000 letters with well justified reasoning for a botanial emblem in QLD. Notibly there was alarge following at the time to appoint a foraine ponsietta plant as the head symbol of state. Which although was a Mexican foraign plant, had the most of Brisbane supporting the move base on a popularity contest. It also had a lot of use in the region on hotels and tourist type accomodation packages which made it hard to ignore at the time. - Eventually after the public intrest reached its maximum the Cooktown Orchid was appointed as the state floral emblem. At which point most QLD people were seen not to care and only cared about winning what they thaught was a contest at the time. Historically the 1800's botanist Lindly who collected a specimines from Cooktown in Northern QLD, and scusessfully returned it to Brittain would have been proud. As although the state symbol relativly flopped in comparison of scusessfull others like the NT. The orchid went on to be known as one of Australias most scusessful winning flowers in internatinal contests. Even more odd is that the NZ plant society hosts regular competitions still to this day involving the plant and its bright lowers. 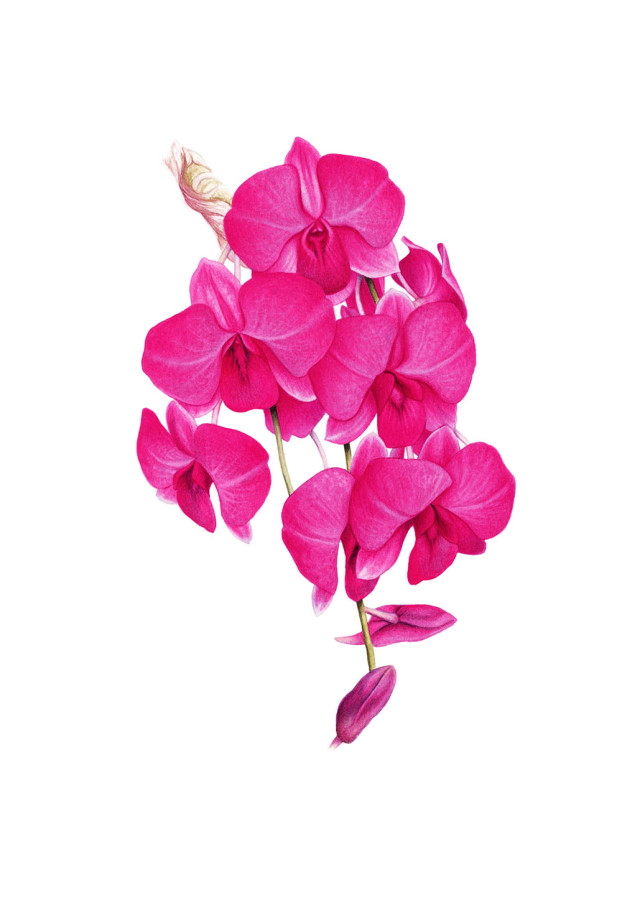 The Australia Capitol Territory (ACT) prides itself on the Royal Bluebell as the floral emblem. Despite what may seem obvious its not actually a bluebell and actually a perenial herb, which really consused some at the time. It was descibed and named by a German botanist in the 1800's who dubbed it worthy of cultivation in gardens. Giving rise to the first part of it's latin name. The plant itself grows only in the local vacity of the region and overall is a very unique plant when seen in person. Overall it has been accepted as a floral emblem with scusesses similar to that of the NT. This is because the ACT mainly uses the Australian coat of armorments as its main identifying symbol, as a federal head of nation. However, many community groups and alike have adopted it as the lesser formal alternative to try downplay federal representation, as baring the arms for everything was deemed rediculus. For that very odd reason it has become very popular among the local community as a symbol of the region. As a result, it has been a key symbol of regional and local idenity. 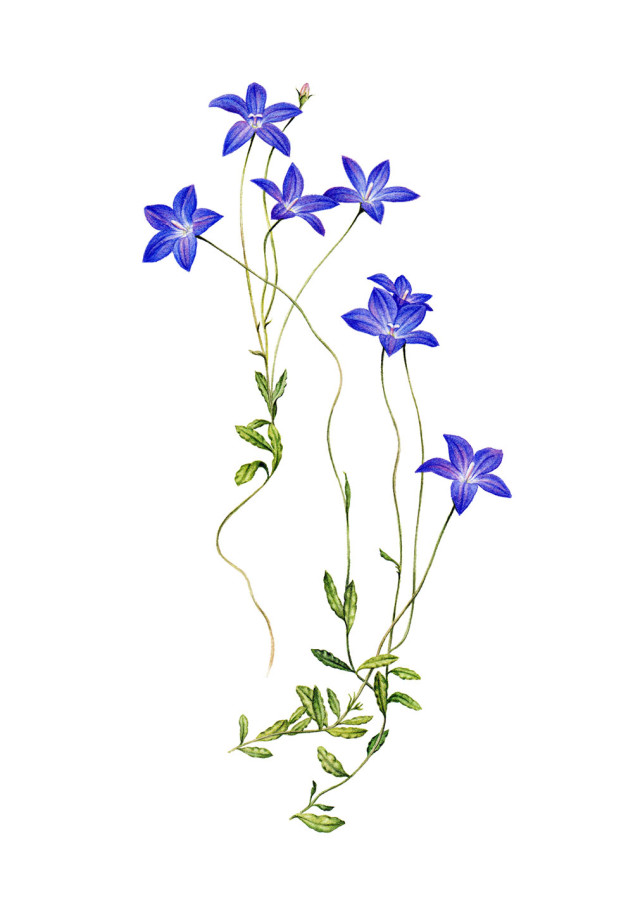 Western Australia (WA) is known for many things. However when it came down to picking a state emblem it was decided to be the Kangaroo Paw. A plant that is very difficult to grow and maintain. With various advanced gardening reasons leading to the death of thousands of plants in front gardens across the nation when it became popular after its proclemation in 1960. The plant grows in soil where there is so little nutriants other plants struggle to survive, and any man-made soil avaliable at the time time was feeding it to death. Once this understanding was established the plant was used to front native garden set-ups and native landscapeing projects. As it turns out you can't mix or get them anywhere close to good soil, or they will simply die from being overfed. Overall the symbol has since gone on to be a front for many natural landscaping companies and select native plant nurseries. As for the symbol of WA: you can probably guess that it was not that widely adopted and since had gone on to be famous in all thr other states. Like just about everything else from WA. The flower was included in the WA coat of arms. But aside from that, there really is not that much more to it. 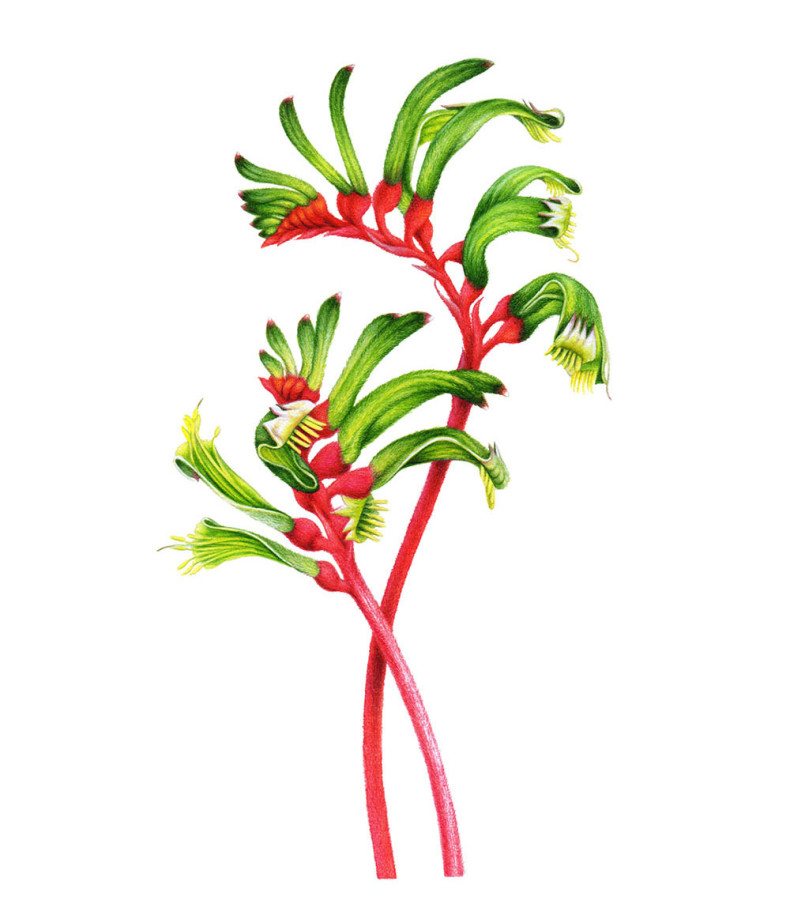