'Mascotte' being persued by 'Trade Wind' on Sydney Harbour.

Looking back on the photographs taken in during the outbreak of war, I was lucky to find this picture of two skiffs sailing along Long Nose Point near Bailmain. With the hulks in the backgrounds, and coal ships heading to the Mortlake Gasworks.

Its a lucky photograph as in the hight of WW2, Sailing on Sydney Harbour was prohibited, and boats for recreation purposs were sent upstream. Later ordered to be moved west after the attack by the Japanese Mini Submarines. Things were much more serious and uncertain back then.

Looking at these old photographs, it is very easy for any person who grew up by the water to cast themselves back into those early years of Australias history. Improtant both as points in history, and also in the cultural identifity of Australia doveloping nation at the time. 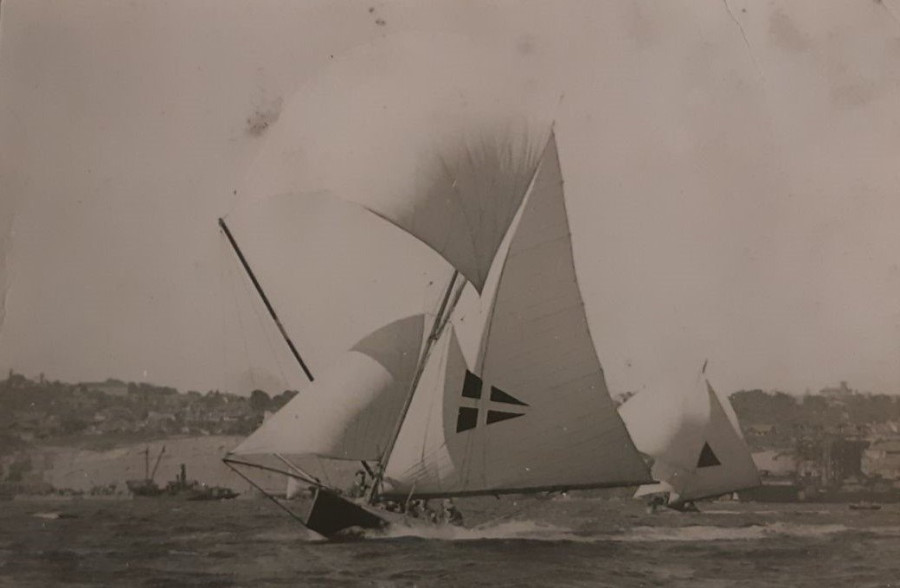