It is hard to believe that all 4 of these attached photographs were taken on the same day.

With raging bushfires in Northern NSW, Freezing weather and snow blanketing as it falls in Tasmania, a massive flood in Northern Queensland so big it could be seen from Space, and a Dustorm that descended on Sydney from strong winds across the inland desert.

The big question that would be asked is that if climate extremes exist what do they look like. From here we can see the extent, but also the unspeakable devastation capable from the power of nature alone. 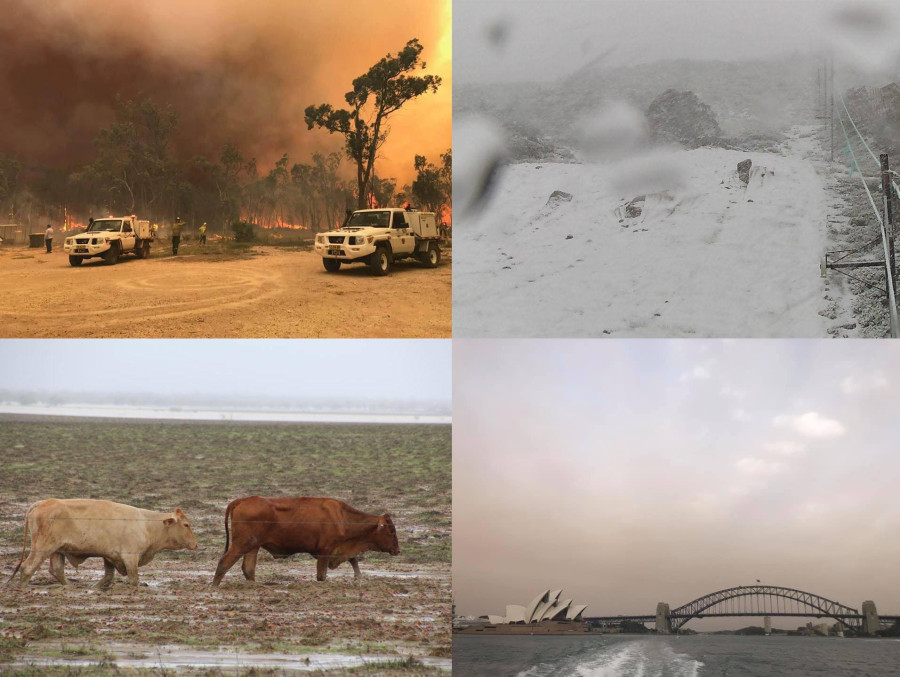