The abilities and opportunities to photograph in a studio are second to none.

Here we have a high contrast photograph of one of Australias most recognisable birds: the Cockatoo.

As it would turn out, the bird is actually into very heavy death metal music. Much like his owner. When the high energy music is playing, he dances with his crest up and screeching along to the raspy lyrics. Very funny.  By using a flash, we did not blind the bird but instead were able to capture a freeze frame of his portrait. Later there was post-editing of the photograph using modern techniques, revealing the high contrast nature of the photograph.

A fantastic photograph all around, but a lot of hard work. It is very quiet during this time of year, but it is a great opportunity to be hard at work in the studio. 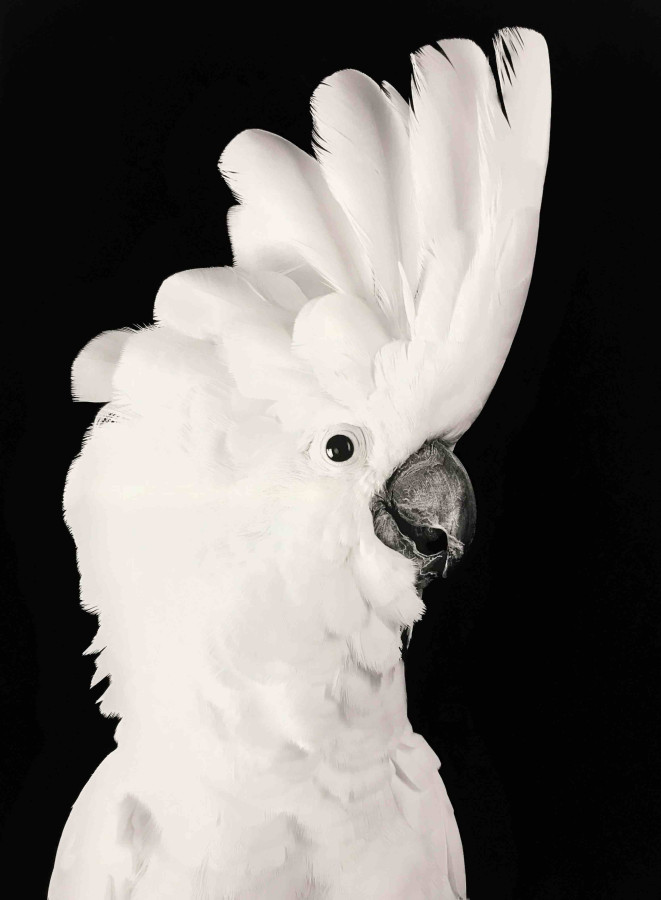