Today's photograph is of the worlds largest carnivorous marsupial, the Tasmanian Devil.

In NSW it is surprisingly easy to find Tasmanian devils, as they have been moved into wildlife centres and zoos for a long time. In the 2000's Tasmanian Devils were at risk of dying out in the wild due to a contagious facial cancer that was spreading rapidly among the native populations in Tasmania. In response, the wildlife ark project moved them to other locations around Australia to build up numbers again. As a result, the future of these animals has now been secured.

Tasmanian Devils, are also very good at one particular activity: eating. Originally thought to be fussy eaters, they will in fact eat just about any meat and they even crush and eat the bones of the food they find. An example being if a chicken goes missing on someone's farm, there will be no other remains left to find. 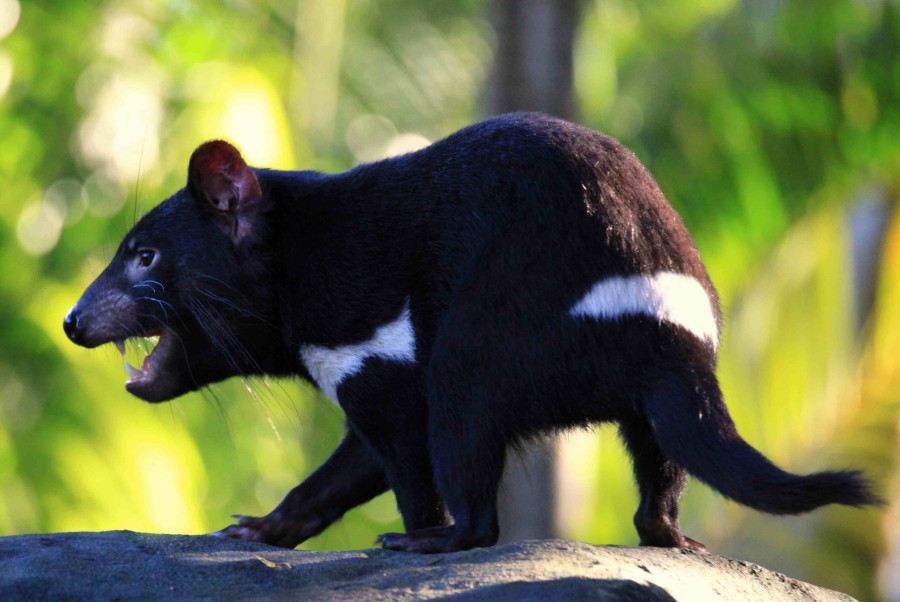