Norah Head in NSW is a popular area for fishermen who use the nearby boat ramp, and it is also characterised by the lighthouse on the headland surrounding the area. Alongside the heritage listed accommodation and rocky foreshore area.

Jenny Dixon Beach nearby was once a gravel quarry that supplied well-rounded pebbles made from volcanic debris. These small round pebbles can be seen in the characteristic concrete pathways found around the Central Coast. The reason being that the rounded pebbles were a great stylistic point of view, but in fact when it rained they were highly impractical. As a kid, you could run and slide about 8m if you has a good runup.

The Beach has also been rumoured to be haunted for quite some time too. Driving past the road that runs behind the beach locals have reported lots of strange occurrences over the years. Needless to say, it has failed to deter teenagers who frequent the area at night, and scared generations of people on the central coast for a while now.

Today's photo captures the glow of the sandy shoals, and the rocky foreshore well. I am hoping this image captures the essence of such a local icon of the Central Coast. 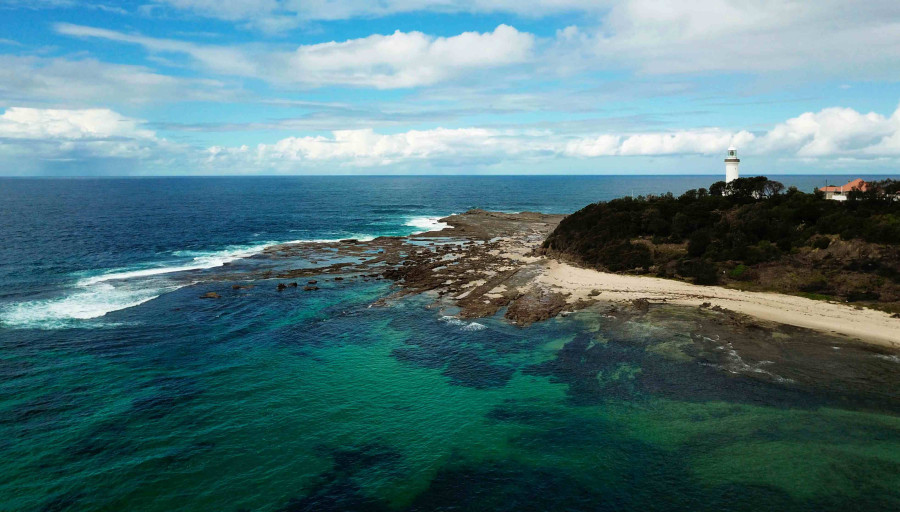